It is important to teach children from a young age how to make good food choices and lead a healthy lifestyle. This can help prevent future life-threatening diseases such as diabetes, heart disease, and cancer. Children are still developing their eating habits when they are in elementary school, which means it’s important to establish these habits early on so they don’t grow up with unhealthy eating patterns. It is recommended that you start by modeling the behavior you want your child to adopt in order for them to learn what foods are healthy or not.

Avoid using references like “you’re too thin” because this could be seen as an attack on their appearance rather than an observation about their health. Instead of telling them what not to eat, think about showing them what is healthy and letting them make their own choices. You should also eat as a family as often as possible, even if it’s on weekdays. If you sit down at the table together for dinner every night, your child will see that meals are a time for everyone to come together and discuss what they did during the day instead of watching television or playing computer games.

Talk about healthy foods and recipes with your kids so they have an idea of what to cook when they’re older. Giving your children some cooking responsibilities from a young age can teach them important life skills such as budgeting money, planning out weekly meals, and how to shop wisely. It can also encourage them to try new things because they worked hard to create them themselves! 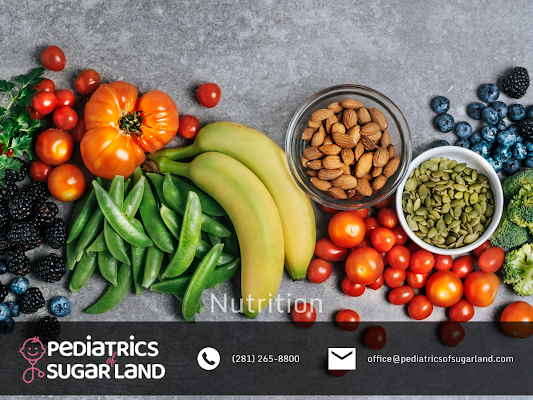 Make healthy foods the default option in your house

Eating healthy can be difficult when we live in a society where unhealthy food is so readily available and the majority of it is cheaper than healthier options. We see junk food advertised everywhere: on TV, billboards, in magazines, and even online. It’s hard to avoid it all the time! However, there are some things you can do to make healthy eating easier for your family. One way is making healthy foods the default option in your house–choosing them first rather than second or third.

Another thing you could do to make sure that everyone eats well at home is to have a set meal plan for each week (or month). You might want to assign one person as the “meal planner” who takes charge of finding new recipes and cooking for the family. Make sure that there are always healthy snacks available in the kitchen, but replace all of the unhealthy snacks with healthier options so they’re easier to find.

Having fruit cups, granola bars, yogurt cups, and vegetables with healthy dips around can help ensure that your kids reach for something you want them to have! Create a weekly meal plan by choosing recipes that are easy enough to cook together when you have time. Assign someone different for each night who will plan out what meals need to be cooked for dinner for everyone. 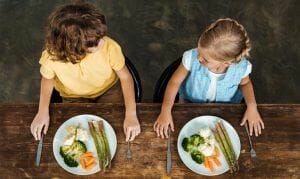 Smaller portions of food are an easy method to decrease the amount of sugar that children consume. One of the most essential aspects in efforts to limit sugar intake is not forcing your child to finish their plate, which may persuade them to overeat and gain more calories than they require or desire. Replace breakfast cereals with fruit, which will offer natural sugars without adding any more processed sugars.

Sugary beverages like juice and soda should be avoided; instead, drink water. – Replace high-calorie snacks with veggies every night to reduce overall calorie intake. – Limit pre-packaged snacks like fruit snacks, cereal bars, and gummy candies; these are often filled with sugar. If these snack foods must be purchased for the household, they should only be offered as an occasional treat instead of a daily staple. – Reduce the number of sweets children consume each day by adding a gradually decreasing amount at a time until they are no longer consumed.

Encourage kids to eat a variety of healthy foods, including fruits and vegetables

It’s important to encourage kids to eat a variety of healthy foods, including fruits and vegetables. Children who only eat sugar-rich processed meals daily are five times more likely to be overweight or obese in middle school, according to research. This is because the body craves sugars after not eating them for an extended period, thus when you give it what it wants, you’re essentially giving your child something similar to cocaine. Make sure your children get lots of fresh fruit and vegetables by packing them in school lunch boxes with dips like hummus or guacamole. Always provide healthier alternatives at home, and attempt cooking dinner utilizing veggies rather than carbohydrates.

Water has no sugar, but it does contain minerals and nutrients that are essential for health. It also helps you stay hydrated, which is necessary for many bodily functions, including proper digestion and metabolism. Sugar-sweetened beverages can lead to tooth decay and obesity (especially in children). Worse yet, they might increase the risk of diabetes because the body doesn’t recognize these calories as easily as those from solid food. A child who consumes three 12-ounce cans of cola per day will consume nearly 500 more calories than if he or she had just one 8-ounce glass of milk with lunch! This not only causes weight gain but also deprives children of the nutrients they require to grow and develop. According to studies, youngsters who drink sugar-sweetened beverages don’t feel as full after drinking water and tend to eat more during snack time.

Reduce screen time and make sure that your child’s maturity level is appropriate for the material.

Many parents are under the impression that television and movies are merely educational. They do not realize how much screen time has a detrimental impact on their child’s cognitive and physical development. Children who watch more than two hours of television each day (TV, computer, tablet) can suffer from the following problems: Excessive stimuli, hyperactivity, attention span difficulties, disrupted sleep cycles, and increased aggressiveness is all possible effects of too much light. The American Academy of Pediatrics recommends no more than one hour per day for children ages 2 to 5; two hours for those 6 to 18 months old; and less than two hours for children over 19 months or any age if it interferes with sleep or other activities.

Remember that not all junk food is unhealthy

It’s not always the case that all junk food is bad for you. Sugar Land Pediatrics wants to remind you that not all junk foods are harmful, and why some individuals may benefit from eating a cookie rather than a salad. Sugar Land Pediatrics wants you to know that eating chocolate or chips in moderation has no negative impact on your health, but eating too many vegetables might result in nutritional deficiencies if they are eaten exclusively.

Providing an incentive, such as ice cream for the child who eats five broccoli chunks before it to get used to the flavor, is the best approach for someone who doesn’t like vegetables, which is often the case with children. Serve vegetables in foods that guests don’t notice, such as in a side dish or between fruit slices. However, keep in mind that you should never give your children so many cookies or cupcakes because they will still be unhealthy for them.

Another reason not to consume junk food is because of how it may impact your mood and relationships with others. Obesity, diabetes, tooth decay, cavities, and even heart disease are all consequences of eating unhealthy food. Junk food has the potential to alter the gut microbiome, producing IBS-like symptoms as well as triggering acne in teenagers on high glycemic load diets. These are just a few of the issues that arise from eating bad food, so do not overindulge!